For those on the left who are still capitalists, a quick pitch:
What would a socialist society look like?
Only the jobs that are societally necessary would be performed. This would mean the elimination of most forms of labor and would translate to most people only needing to do a few hours of labor a week. The rest of the time would be yours to pursue your own passions. Join a club, paint, sing, write books. Profit wouldn’t go to some capitalist, it would go to the state where it would be reinvested into the community through parks, libraries, public transportation, and education programs.
Why should I not want to remain a capitalist?
Capitalism is, by its very nature, unsustainable. It demands infinite growth in a finite world. We can either be forced to change economic systems when resources run out or be proactive and do it before this happens.
Capitalism is incompatible with democracy. You can outlaw corporate money in politics but then there will just be donations to “foundations” or to a politician’s relative or even given directly behind closed doors
Capitalists will always have more political power than you or I. They can use their power and influence to kill bills, silencing the voice of the people. No one person should have such immense influence
Feel free to ask any other questions you may have 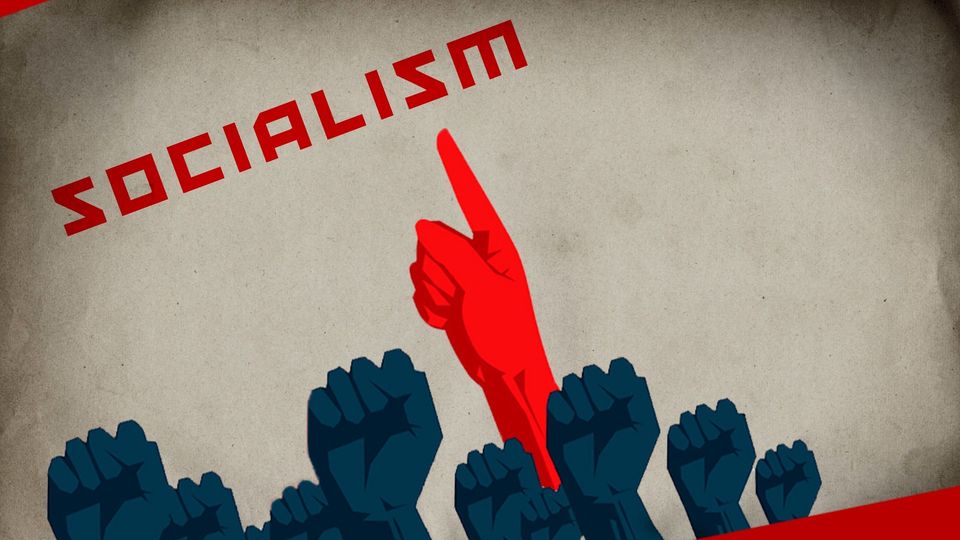 Time to stop blaming the victims.

The wealthy class NEEDS an underclass that will work for almost nothing, so they create this class by cutting available jobs across the board; exporting jobs to other countries; downsizing; etc. It isn’t any one persons fault that this is going on, this is part of a master plan.

The more desperate a person is, the more unlikely that person is to try to organize or join a union, and thus endanger the little that they have.

Welfare (as it exists in the US) does not pay anyone’s bills, nor does it feed anyone (unless children are involved, and then it’s still very minimal). Welfare actually causes crime. People will survive by whatever means possible. If you go to work, or if you’re a welfare mom and get married, you lose your benefits. But welfare isn’t enough to live on. What do you do? You sell drugs, or sell your body. Or your teenage sons rob stores, or whatever.

The power brokers know this too, and want it that way. Then they can blame their own victims.

In 1968 my family lived a pretty good lifestyle. I don’t remember ever needing anything, and in fact my mother insisted on my attending private schools. My mother didn’t work at all, she was able to stay at home and take care of me. Every year my father rented a cottage by a lake in Wisconsin or Minnesota and we all went on a fishing trip / vacation for two weeks. Usually a cousin came along to keep me company. My father was a union factory worker and in 1968 he made $5.00 per hour.

Today, I work in retail and I make $7.15 / hour. I work as hard as my father did. My job involves computers and so probably requires more skills that my father had. But to live the lifestyle I lived as a child, I would have to be making around $26.00 / hour.

I have never met anyone who “just doesn’t want to work.” I don’t believe such people exist. “They” are part of the right wing myth that “our corporate masters” want you to believe.

I have heard otherwise Progressive people refer to people on welfare or unemployment or even Social Security as “slackers.”

The “slacker” thing is a myth.

A friend of mine has given the following feedback: “Back when I used to manage a McD’s I had a manager shortage and was putting in over 70 hours a week. The only other manager I had REFUSED to work more hours because she would loose her welfare check if she made too much money. I’ve had other experiences with that same sort of mentality and I know first hand of people who have deliberately arranged their lives so that they don’t have to ever give up their welfare or social security or whatever else they happen to be on, even when they have the opportunity and are capable of doing without that government check.”

I know what you are talking about here, but these people are not “slackers,” they are merely doing a balancing act to get the most “buck for the bang,” as it were. Such balancing acts can make the difference between eating and not eating.

People on unemployment, seniors on social security and some welfare recipients do this. First off, they are encouraged to do it and taught how to do it by the various social service officers involved. They would all much rather take higher paying jobs that would utilize their skills, but many of those jobs either don’t exist anymore, or the pay has been down graded from what it once was.

Typically, the average unemployment, social security or welfare client cannot make it on that money alone. It’s really a piddly amount. However, they can make it by carefully balancing a part-time job with their benefits. The way the system works is that if you make too much during a given week, you get no benefits. But, if you stay within a certain limit (which will differ from person to person, agency to agency, depending on other circumstances) they can actually make more money then they would with just the part-time job or just then benefits alone. Especially in the case of Unemployment, which rewards you for being employed part-time.

Seniors have to be especially careful, or work under the table. And, btw, how do you know your “slackers” aren’t working under the table elsewhere? They certainly can’t tell anyone, even you.

Like I said, the “slacker” thing is a myth. I’ve seen it over and over again. I actually know of people in our Order who are working part-time, receiving some unemployment, and working “under the table” to make ends meet. One person I know in particular works over 70 hours a week this way, and is still struggling to make ends meet, and supporting a disabled wife (she could get SSI, but their combined income (part-time job plus unemployment) is too high for them to qualify – either for SSI, MediCal or even food stamps). Currently they are driving a car with no reverse because they have no extra money to get it fixed.

Anyroad, my point is that it’s not all as black and white as the media and the right wing would have you believe.