I hope you can read this okay. I’ve been fighting with the formatting for about an hour and I still can’t seem to get it quite right.

So my youngest son, Jesse, posted the following:

(Note: Responses in RED are what I should have said)
(Note: I did not bother to correct any misspellings or incorrect grammar. I did highlight them in red,
though.) 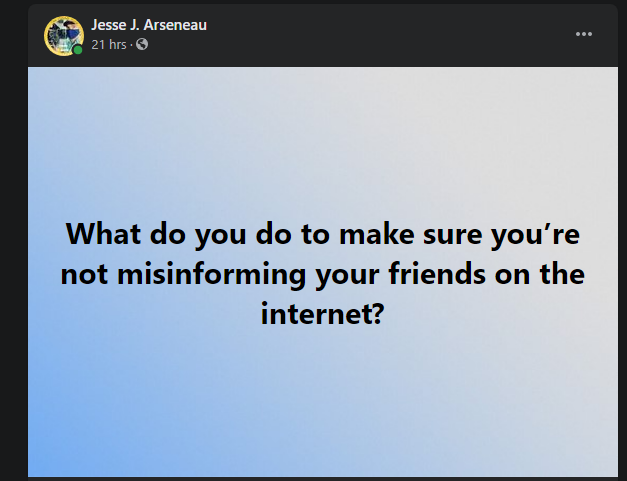 Joshua Arseneau I get all my news from Joe Rogan, Bill Maher, Ben Shapiro and Steven Crowder.

It challenges my truth & any biased I may have on a subject.
I wonder what happened to Jordan Peterson …..

And then the shit hit the fan:

Joshua Arseneau
Ellis Arseneau who do you listen too to challenge your biased? Answer: Nobody.
WRONG: I like Mooji, Amma, The Dalai Lama and many others …

But for some reason you want to bring our culture back to time where humans had no value and no rights.
If we are all G-d, wouldn’t we have absolute value and absolute rights?

But here is what I really said:

Ellis Arseneau
Joshua Arseneau From your remarks, it is apparent that you know nothing of what my beliefs are. Once your
misinterpretation of my belief system is  exposed, you’ll realize that everything else you THINK I believe is horseshit.
I have never said “I am G-d.” I always say “WE are G-d.” I can’t be G-d unless everyone else, and I mean EVERY
SENTIENT BEING in the Universe (or the multi-verse) is also G-d. The problem, the Cancer, is that many people do
not believe they are G-d. All of the problems of the world can be attributed to this. You will fail in your spiritual journey
for as long as you deny your true self – G-d. DEMOCRACY is the ultimate expression of G-dhood. Embrace Democracy
and you are at least half way to the goal.

And this is Joshua’s reply:

Joshua Arseneau
Ellis Arseneau no thanks. I don’t want to be ruled by a majority. Because
the majority of people our dumb and do what’s best for them not the individual.
We are not a true democracy. The United States in a republic. You can’t play
the games if don’t know the rules and you can’t be a winner if can’t keep
score.

I should have left the sentence concerning Democracy out.  He only saw that line, so that is what he reacted
to.

Ellis Arseneau“Representative Democracy” is the actual
term. But you are partially right. “When people say that the United States
is “not a democracy but a republic,” this is a half-truth: it’s not a direct
democracy where each person casts their vote on specific legislation, but
any system wherein people cast their votes for members of government is ultimately
“democratic” in nature.” See https://constitutionus.com/…/is-the-united-states-a…/

Ellis Arseneau
Joshua Arseneau What games? Who are you playing against? Life is not a game. 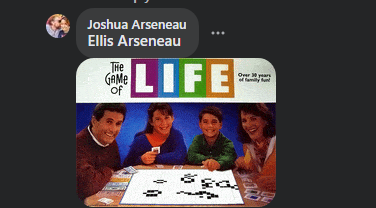 To be continued. Maybe.