Reminder, of the FACTS … Nowhere in the Bible or Quran is the geographical area of Israel/Judah/Judea, ever once referred to as being a ‘Palestine’. Never at anytime in the 19th (or prior to), 20th or 21st centuries, were any international laws established that referred to the land of Israel/Judea, as being ‘Palestinian land’. Jews were granted IRREVOCABLE legal rights of ownership to all land between the Mediterranean sea and Jordan river, in 1920 and 1922 established international laws. That’s a well-documented FACT. 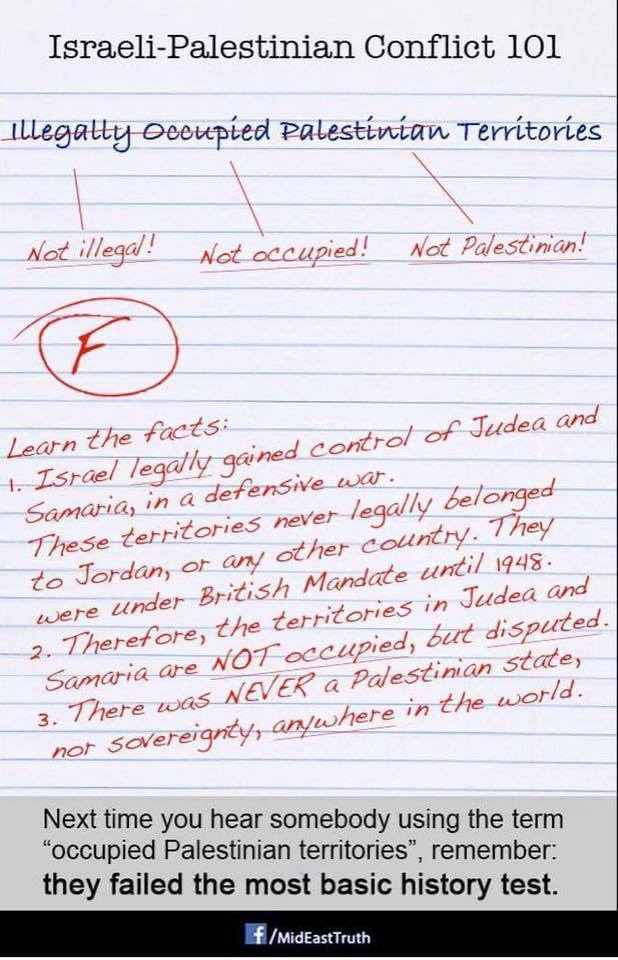