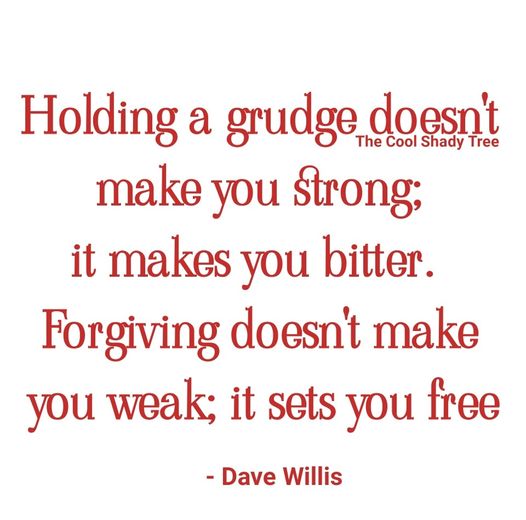 You can practice this up to a point, and really, you should.

I’ve been pretty forgiving for the past 40 years. But I’ve come to a breaking point.
What about the people who need to forgive you? What if these people, to whom you have done nothing but express the other most love and compassion for, are holding a 40 year old grudge because their Mother made them do it? Oh, they say they love me, but how do they express their love? Mostly by NEVER calling me on a holiday, NEVER sending a Birthday Card, or a Father’s Day Card. Hell, I don’t even think their children (my Grandchildren) know I even exist.

Of course, it’s not just that I left their mother. I also left Jesus. What was the point in continuing? Jesus does not exist and never has. It’s all a huge fraking lie devised by the Roman Empire to subjugate the Jews. But, I never tell my sons that, nor would I. I’m 68 now. I was 39 when I left.

I’m not holding my breath.

To Clarify:  I have three sons, 8 grandchildren and 1 great grandchild. I need to clarify that my oldest son has called me numerous times in the past.  I have also met his wife and his younger son.  He has never called my on a holiday, or sent me a card.  My middle son has sent Christmas cards, 2 or 3 times. He called me when I was in the hospital.  My youngest son has only called me twice (in 40 years), once when I was in the hospital and another when he was working a job in Portland OR (about an 8 hour drive from where I live).