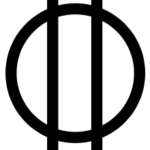 The following “frequently asked questions” are offered here to dispel many of the myths of the old religion of the Celts. Druidry IS a legally recognized religion and has been since 1962.

This FAQ is by no means exhaustive. We will be making changes from time to time.

Druid: A practitioner of a nature-based religion which recognizes both the feminine and the masculine in divinity and follows the seasonal cycles. A Druid believes that the divine exists within his or herself as well as without, and therefore feels a direct connection with the God/dess self. Druids come from all racial, socio-economic and religious backgrounds. What we share in common is a loosely structured system of beliefs largely known as ” Druidry .”

Druidism is the ancient priesthood of the religion of the Celtic peoples. Druids were the religious leaders, the law givers, the healers, the shamans, and the entertainers (“Bards”). They included both men and women and were an egalitarian order. Or so we are led to believe. The fact of the matter is, we really know very little about the ancient Druids. They left no written record and what we have surmised is based upon a very sketchy archaeological record and written accounts by the enemies of the Celts, such as Caesar, whose accounts are questionable at best.

Todays Druid is best summed up as one who believes that “Nature is good.” So long as one holds that to be a tenet, and calls oneself “Druid,” then one is in fact a Druid. This is regardless of whatever other baggage an individual Druid might glom onto.

Q: Are there good Druids & evil Druids?
A:   This is not unlike the question Glenda asked Dorothy in “The Wizard of Oz.” The truth is Druids are just Druids. We tend to refrain from using the terms “black” and “white” to describe a person’s magical morality as we feel these terms promote racist thinking. As far as “good” or “evil” Druids are concerned, Druids are highly moral and religious people. Those that follow their religious principles, regardless of the religion, usually do “good”. Those who go against their own religious tenets tend to act in harmful and manipulative ways.

Q: Do you worship Satan?
A: Satan is a part of the Christian and Muslim religions. Since we are neither Christian nor Muslim, we do not recognize the existence of Satan, let
alone worship him/it.

Druidry is a religion of responsibility. As we do not believe in any outside force, such as “Satan”, we believe that each and every human being is completely responsible for his or her own actions. To us, evil is a choice, albeit a bad one, that a person might make, not an entity to blame our actions upon.

Druids choose to do good  because that is what is right, not because of any outside force or law.

Q: Do you do blood sacrifice?
A: One of the big lies told by Caesar about the ancient Druids is that they engaged in ritual human sacrifice. However, there is no archaeological evidence to support this, nor does it seem likely in view of the very little we do know about ancient Druidry.

The nature of sacrifice is to give up something of one’s own in order to gain something more important. We do not feel that the life of another creature is ours to give…therefore we would never kill an animal in ritual, as we would not consider it a true sacrifice. Druids believe in the sanctity of all life.

However we also believe in the natural order of things. Human beings are near the top of the food chain, and require animal protein to survive.  Our
digestive systems and even our teeth were evolved to eat meat. Our eyes are located in the front of our heads like all predators. It is natural for us to hunt and kill our food. It is natural for us to raise animals to nourish our bodies.  One of our Gods, Dalon ap Landu (or Cernunnos), for example, represents both the hunter and the hunted. He was the great Celtic Deer, who sustained the life of the tribe during the harsh months of winter.

Understanding this, the Druid honors and thanks the spirit of the animal he or she is about to consume, knowing that this is the highest purpose for that animal. The Druid is careful to try to eat only those animals that have been treated with respect, such as those raised and butchered according to the Jewish Kosher tradition, or he/she raises or hunts his/her own.

Q: Do Druids cast spells?
A: Yes, well, some do.  However, the term “spell” is widely misunderstood.

Spells, much like prayers, are used to create needed change in one’s own life or the life of a loved one. Prayers are a petition to an external Deity to create the change. We as Druids believe that Deity is present in everything, including ourselves. Spells, then, are the channeling of our own divine selves, our own energies, to create the change. Spells and Prayers are just different approaches to the same goal. One difference is that Druids generally will not do a spell for anyone who has not given them their permission.

Spells such as those which use love magic to gain the attention of a specific individual, or curses, are considered “manipulative”. Anything manipulative goes against the free will of another is considered wrong. Generally Druids try to avoid this type of spell unless it becomes a matter of
economic or physical survival .

Q: Is Druidry a cult?
A: A cult by definition is a group of people who blindly follow a leader. As Druids tend to be free-thinkers and have no one person we consider to
be the leader, we cannot be called a cult.

Q: Why do Druids wear white?
A: We all don’t. Some Druids seem to favor green or black, which in many cultures a symbol of clergy. Priests, Ministers and Rabbis all favor black as the main color of their ritual garb.

In Caesar’s writings, he says that the Druids all wore white. But again, we have to take everything Caesar said with copious amounts of salt. In the times of the ancient Celts, it is unlikely that white would have been a preferred color to wear by anyone.

Scientifically speaking, color is energy. The colors you see are the ones which are reflected and not the ones absorbed. Therefore, what appears to be white, which is the culmination of all colors in the light spectrum, is actually reflecting all colors and absorbing none. What appears to be black, is absorbing all colors and reflecting none. This is evident in the fact that when one is wearing white, one feels cooler – as the fabric is sending the heat energy outward, and when one wears black – the heat energy is absorbed in the cloth that one is wearing, making one feel warmer.

Q: Aren’t all Druids men?
A: No. Druids can be either men or women.

Q: Why would anyone want to be a Druid?
A: People are generally drawn to Druidry for several reasons. Celts (people who are descended from Irish, Scottish, Welsh, Manx, Cornish, Breton, Astruian or Galician immigrants) may wish to connect to the religion of their ancestral past. Many women feel left out of more mainstream religions because of the lack of feminine divinity. For them, the concept of the Goddess as Mother of all Living fills an empty space in their spiritual search. As
a nature based religion, Druidry also appeals to those who feel a strong need to “get Back the Earth” and places a major importance on protecting
the environment, which we are a part of, not apart from. People drawn to the mystical find Druidry much more accommodating as we do not see
anything unnatural about psychic ability or the use of magic to create needed changes in one’s life.

Q: How do you convert new Druids?
A: We don’t. We feel that the attempted conversion of others is a form of religious bigotry. i.e.. If one tries to convert another to his/her religion, s/he assumes that the other person’s beliefs are not as valid as his/her own. We feel that all paths are equally valid as long as they do not infringe upon the basic civil rights or free will of another. According to our beliefs, it is up to the individual to choose his or her own path. We do not try to manipulate others into our way of thinking, we only try to educate others about our religion so that they may better understand us. We do, however try to help guide those who have already expressed an interest in Druidry.

Q: So, what do Druids DO?
A: We live. We die. Some of us breed and the vast majority of us pay taxes. We practice our religion without trying to force it upon others. Many
Druids are not public about their religion for fear of the persecution that they may face if they admit to their beliefs.

Most Druids practice by themselves as “Solitaries” or work within small groups usually known as groves. Groves function not only as religious groups but also as extended families.

We tend to hold our ceremonies or “circles” out of doors as we feel that being with nature brings us closer to the divinity who creates it.

Some of our beliefs may seem strange to most, but consider how strange and horrific the Eucharist, or consumption of the blood and body of Christ may seem to one unfamiliar with Christianity (who might equate it with cannibalisim), or the ritual of a Bris to one who does not know Judaism.

All that we ask is that we are allowed to practice our religion without prejudice as is our right guaranteed by the Constitution of the United States of America.