If we are one with, as the Reformed Druid ritual of the Waters of Life states, the “All Mother,” then we are one with the Goddess, the Gods the planet, the Universe (“the Universe is YOU”) and with our fellow Earthlings. These are the “Gods” we serve, and by doing so, we also serve ourselves; the collective (God); the “All Mother,” “The People” (or cymru). My wife and I just came back from seeing Avatar. Funny how these concepts are dovetailed into this particular modern mythos, even down to some of the terminology. 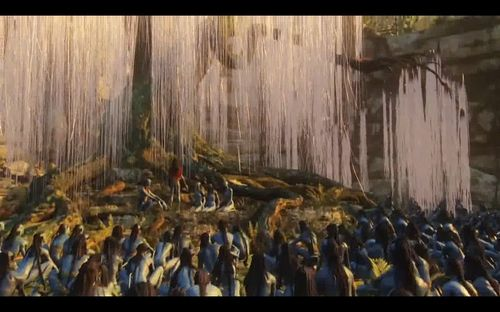 The Gods, whether Celtic, Roman, Greek, Indian, Norse, etc., were originally made up by someone. Early literature; novels; stories, were spun around fictional characters who later became defied. In some cases (and this seems especially true of the Celts), some of these heroes actually lived, and the stories glorified their deeds. As these heroes became entrenched in human consciousness, supernatural elements or powers became attached to them, and new myths emerged. We can assume that the Druids invented Brigid, Lugh, Manawyddan, etc.
Are they real? You betch’a they are! As are the invented Gods of the Reform: Dalon ap Landu, Sequoia, Cywarch merch Dalon, Be’al. The Earth Mother is a Goddess. She is very real (and, in a real pissy mood lately — Chile, Haiti, where else?). Did we create her? Yes – gazillions of years ago, in a force we unleashed called “the big bang.”But we forgot. Over time, we forgot who we are, what we are. Lost in the illusion of our separateness, we see our fellow gods as something bigger/better than we are. We’ve fallen into a deep sleep of individuality, a denial of both our humanity and our deity.The old ones and the archetypes call unto us: wake up, brothers and sisters, wake up! Join us once again, as you did many ages past. Join us in the great link (‘r ‘n fawr ddolen).