Apparently I’m now in “Facebook Hell.”   How did I get here?  Well, I was reading Daily Kos and an article appeared about a new phenomenon within the Wrong Wing fanatics, wherein they now flay a black flag, meaning, “no quarter shall be asked, no quarter shall be given.” In other words, if we disagree with your opinion we will kill you. Here’s the url:
https://www.dailykos.com/stories/2021/10/13/2057922/-Black-American-flags-at-right-wing-protests-on-front-porches-vow-no-quarter-against-liberals?fbclid=IwAR28HOSF3wj2aHie4_BaWR-ptb_KWYHJdQIN2qyBIIfu5jebBEOruS-CbUk

And here is a video:

So I posted a link to the article and  in my comment, I pointed out that Taliban, Isis, and other Islamic terror groups also fly black flags, and I included two examples: 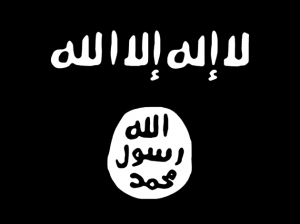 Apparently (and I am just guessing) my posting of these two examples triggered an algorithm, and made Facebook think I was promoting this stuff.

I don’t know how long I’ll be in “Facebook Hell,” or even if an actual human will examine my post.  I also totally understand their concern, although it does illustrate  something I have suspected for quite sometime, that people don’t really read stuff, and react according to what they “thought they read,” rather than what is actually on the screen.