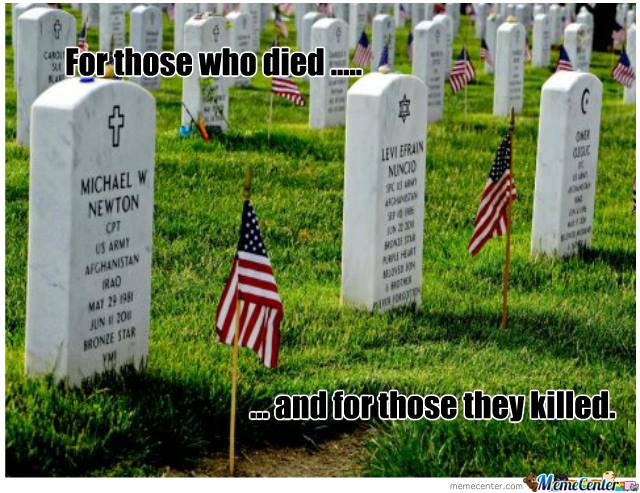 The SCOTUS has begun our descent into Xtian Sharia Law. Outlawing abortion is the just the first step. Next they will do away with contraception, including condoms. Then a woman will have to prove their virginity in order to marry. Next they will take a women’s right to vote away. Then the right to drive a car; to hold a professional job; then to hold any job. Soon after schools (at least past eighth grade) will no longer admit girls.
Basically, the Fundamentalist Xtian agenda is to return women to servitude. To being baby manufacturing machines, and nothing else.
After this, say in 50 to 100 years, witch burnings will become public events.
I’m only speaking about women here. They will also do away with same sex marriage, LGBTQ rights, trans gender rights. Basically, our Xtian Taliban will eliminate anything that does not adhere to their very narrow interpretation of the Bible.
Why do intelligent people continue to vote for Republicans?
More of my writings on this subject:
About a Woman’s Right To Choose
What Does the Bible Say About Abortion?

“Do you realize that the mass of people still live under some totalitarian or autocratic regime? It’ll make you think.” – Ed Chigliak

to·tal·i·tar·i·an·ism
(“)tO-“ta-l&-‘ter-E-&-“ni-z&m
noun
1 : centralized control by an autocratic authority
2 : the political concept that the citizen should be totally subject to an absolute state authority

It’s interesting to me that today’s Republican Party would have us living under a dictatorship – an authoritarian one man regime (Donald Trump) if they had their way.

I remember growing up in the ‘60’s and early ‘70’s, and how it was pounded into our heads that Socialism, and especially Communism, were evil and bad because they took away our rights to free speech, to worship as we choose, and to pursue “life, liberty and happiness.”  My father fought in World War II against the autocratic Hitler and his deranged attempt to control how everyone thought and lived in Europe.  We were told that that was the way Socialistic regimes were, and that we had to fight them to preserve our freedoms.

All well and good.  We won the “cold war” and so today there are very few Communist countries left, and few others are interested in becoming Communist. So why is it that in these United States, where our freedom of speech is allegedly guaranteed, that we no longer have that freedom?

Well, consider actor Danny Glover: he was fired from his spokesperson position with MCI because he used his freedom of speech to speak out against this government and the war in Iraq. (This happened when George W. Bush was our POTUS).

Congressperson Liz Cheney (daughter of GWB’s vice president, Dick Cheney) has been censured by the GOP because she has denied the lie that former President Trump  won the 2020 election.

Now you and I and any other thinking individual will realize that conservative fundamentalist Christians are full of shit, have their heads WAY up their asses and don’t know what they are talking about (or worse, are deliberately making up the grossest lies ever conceived). But I warn you, people like Pat Robertson, Jerry Fallwell Jr. and other well known evangelists are spreading these damnable lies so far and wide that many otherwise educated Christians are starting to believe it, and if they have their way, conservative fundamentalist Christianity will be the law of the land, and this country will become the very totalitarian state that millions of our fathers, brothers, mothers and sisters (many of whom were Catholic, Episcopalian, Unitarian, Atheist, Moslem, Jewish, Wiccan, Pagan, etc.,) gave their blood and their lives to prevent.

I digressed a bit here. Freedom of Speech is not totally dead:

If you are very wealthy, you can say whatever you want, to whomever will listen, and get away with it (and if you happen to employ workers, you can force them to listen and even agree with you).

Likewise, if you are very poor (and I mean, homeless, nothing-to-lose, poor), you can also say whatever you like, whenever you want, wherever you want, to whomever will listen (but no matter how truthful or right you are, very few will listen to a “looser”(and in America today, anyone making less that $100k / year is considered a “looser”).

But the vast majority of us can safely exercise our freedom of speech only in the voting booth, or anonymously. With “Patriot Act” powers in effect, even the later is questionable, and maybe the former as well.

What good is the First Amendment if you can lose your job, or your house, or have to fear for your family’s safety, for practicing it?

And, if it is true that our fathers, brothers, mothers and sisters gave their blood and their lives to keep this country free of totalitarianism, why are we so willing to allow their sacrifices to go to waste?

It’s a very strange world we are living in today.  There is a Pandemic happening across the globe. Millions have died and more millions have suffered from the virus known as Covid-19, or the Corona Virus.  It’s latest incarnation, Omicron, is much more catchable, but not nearly as deadly.

Millions have received the vaccine, but not enough for us to achieve herd immunity.  This is because a very large minority — mostly adherents of the Trump stolen election lie and/or Q-Anon conspiracy theories, refuses to take the vaccine.  Even more refuse to mask, and they openly encourage others to not mask or take the vaccine as well.

It could be a good thing.  For the past fifty or more years we have heard of the dangers of overpopulating the planet.  We are now seeing the rise of tides and the drastic changes in weather patterns so symptomatic of Climate Change.  It may be that the Earth Mother created the Virus to cull the herd.

That aside, we are in a crisis situation. Hospitals across the country are running out of room and there is a severe shortage of health care workers.  Mandates don’t seem to mean anything, and some even have the audacity to take protests against masking and vaccination to the streets.  The Virus doesn’t care. It rages on.

Back during World War II the Govt. rounded up all the Japanese Americans are put them in internment camps.  The Japanese were totally innocent, and many were fighting in the war along side other citizens.  This was a totally racist reaction to a crisis situation.

Now, we have a real crisis situation.  I would propose that the Govt. build some new internment camps.  I would -propose that a fleet of vans be sent out and go door to door, equipped with nurses and National Guardsmen.

The Nurse knocks on the door, “Hello how are you? Have you been vaccinated?”  “Yes, I have.” “Very good. Have a nice day.”

Next stop, “”Hello how are you? Have you been vaccinated?” “No.”  “Ok, I can vaccinate you right here, right now.” “No, I don’t believe in that.”  “Ok. No worries,” and then the nurse signals to the National Guardsman to take the person, or persons, into custody. They are taken to an internment camp to live with other unvaccinated people.

I bet that within a year of the institution of this policy, we could go back to normal.