We now have a dictator.  Or at least, someone trying to be one.  Donald Trump is exhibiting every trait that a dictator could possibly exhibit.  But the thing that bugs me the most is the lies. The constant unceasing barrage of lies.  I don’t think the man is capable of telling the truth to save his life.

The Washington Post has reported that in his first 1,226 days, President Trump has made 19,127 false or misleading claims. https://www.washingtonpost.com/politics/2020/06/01/president-trump-made-19127-false-or-misleading-claims-1226-days/

On June 1, as demonstrators gathered and marched in Washington and around the country to protest the killing of George Floyd by the Minneapolis police, President Trump, in a brief speech in the White House Rose Garden, called for states to use the National Guard to “dominate the streets” and promised that if they didn’t, “I will deploy the United States military and quickly solve the problem for them.” Federal forces then used tear gas and stun grenades on peaceful protesters to clear a path for him to walk from the White House to nearby St. John’s Episcopal Church for a photo op with a Bible as prop.

“The fascist speech Donald Trump just delivered verged on a declaration of war against American citizens,” Sen. Ron Wyden (D-Ore.) tweeted. Rep. Jared Huffman (D-Calif.) — noting in an opinion column three days later that the president’s “attempt to use chaos to shred democratic safeguards and consolidate authoritarian power is deadly serious” — put it this way: “This is our own Reichstag fire and, yes, Trump is playing the role of would-be Fuehrer, proclaiming a ‘God-given signal’ to seize more power.”
In one hundred days we will go to the polls, or stay at home and vote by mail (as I will).  I predict Joe Biden will be our next President and the Trump tyranny will be over.  Or, Trump will refuse to accept the election results and try to remain in power.
I guess we’ll just have to wait and see. 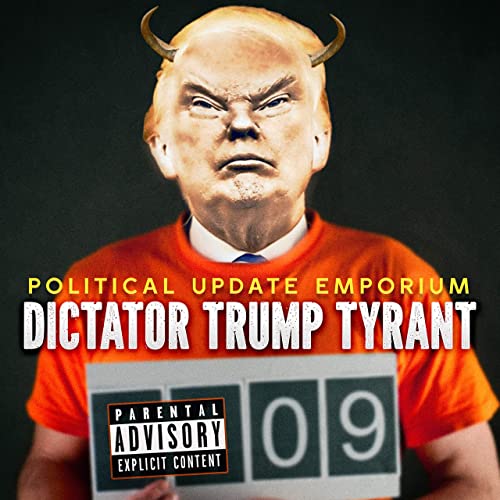