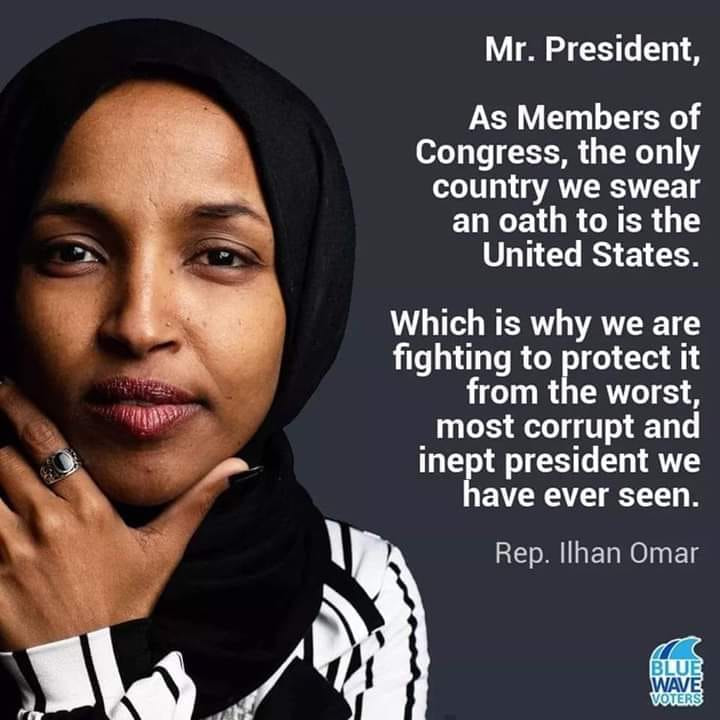 When Congressperson Omar is speaking like this, I can fully support her.  When she is doing the work of representing her constituency, I can support her. But when she talking shit about Israel, or making false claims about the “Palestinians,” she is dead wrong and I do not support her.  Ilhan Omar was elected to represent the people of Minnesota’s 5th Congressional District.  When that’s what she is doing, she’s doing good for the voters who put her in office. The Palestinians DID NOT vote for her.  She should work for those that did.

I had an amazing dream last night, and even Cromag’s childish tricks can’t get me down today. One interesting thing is how the dream kept on, despite several trips to the bathroom during the night.

It takes place sometime in the future. Imladris is built, and Ceridwen and I are living and working there. In the dream, there were many Redwoods on the property, including an old growth grove where individual trees had been named in memory of RDG members who had passed on. We were obviously living in the domes as planned, since I saw glimpses of them in trees. The twins and Josh and their wives had visited, and, over another short span of years, had all moved here. The twins had become Druids. There was a third person in mine and Ceridwen’s life – a poly relationship; but I never saw who she was.

The dream spanned many, many years. It reminded me of the final scene in “Raising Arizona.” At then end, I was stabbed by a homeless man I was trying to rehabilitate (apparently that had become a habit). I died and the twins took over Imladris, and named the tree next to Adam’s in the memorial grove for me. I was in my late 90’s. Ceridwen passed on a few months later. I’m under the impression that our “third” passed on before either of us, but I can’t remember that.

Over the course of the dream, it was apparent that RDG had grown and prospered. There were Groves in all the major cities of the US, and several thousand members total. Imladris as a campground / conference center had become the center of Pagan activity for the whole region. It was also apparent that several Druid groups had merged with RDG over the years, so that RDG was the premier Druid group in the world, at least within the Reform.

I was up at 5:00 this morning so as to be at work by 6:00. In trying to tell Ceridwen the synopsis of this dream, I was in tears. Even as I write this, I feel like this wasn’t so much a dream as it is a vision of the future – a very real and true future.

And so it must be.